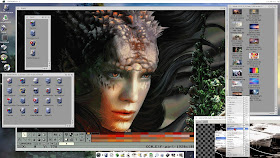 A brand new version of Icaros Desktop is finally ready for everyone. What you have under your eyes is the result of a very long work of analysis and revision, which covers different aspects of the distribution, in its native soul and in the hosted one. We wondered what users would love and how we could make Icaros Desktop more useful and, thanks to the work of third-party application programmers, today we can offer you an operating environment that's more useful and more beautiful than ever. The novelties to talk about are many: from the Leu spreadsheet to the SilkRAW image reader, from the incredible RNOPublisher DTP to new games, but, above all, the hosted version of Icaros Desktop is the one which has taken a decisive step forward, both for Linux and Windows. The news are so many that, this time, we will list them in different sections.

As usual, Icaros Desktop 2.3 is available in the Live! and Light flavours, targeted for DVD and CD (re)writable medias. Live! edition includes everything you need to make the most of your AROS system, while the Light edition includes the bare system with mandatory applications and extensions only. This time, however, we've included also a pre-built image of a USB pendrive. Please handle with care: it has not been extensively tested and it may not work on your system. We could successfully boot an Acer Aspire One netbook with this pendrive, however many motherboard BIOSes just refuse to boot from it. When re-creating the pendrive from the provided image, please use a 2 GB, clean USB pendrive. Remaining space on bigger ones will become unusable, until all partitions will be removed. Please refer to the download page and the README file in the archive for further instructions.

Icaros Desktop 2.3 must be installed from scratch, no upgrade path is provided from Icaros 2.2.x. Manual upgrading is possible (as usual), but absolutely not supported.

Icaros Desktop 2.3 includes some gems like ALB42's Leu 0.08, a little but already quite powerful spreadsheet application which can read, to some degree, files from Microsoft Excel and LibreOffice Calc. We bet the inclusion of this program will increase your productivity under AROS. If you're in digital cameras, you'll probably be happy for Domenico Lattanzi's SilkRAW, a great RapaGUI-based front-end for dcraw (compiled for us by Olivier Tigréat some time ago): with these programs, you can import and convert RAW image files from several different devices and file-formats. It is a very welcome addition, since I have myself many images in .ORF format that I simply could not use under AROS. if you followed our news, you should know that Domenico also brought us Amifish, a customizable and skinnable chess game: I am very fond of that game, not because I love chess, but because I gave my little contribution by compiling Stockfish for AROS, which is Amifish' chess engine needed to play against computer. Icaros Desktop lets you read comics with Jörg Renkert's ComicOn, but if you wish to create your own publication with AROS... now you can! It's, in fact, time to include the incredible "AROS first attempt to DTP" RNOPublisher by jPV (with support by Salvatore Abbate), same author of the great image converter RNO Effects. With RNOPUblisher you can compose your own PDF file and redistribute them. What you can do? Here's an example. Icaros Desktop, however, has always been 'fun': for this reason, we added some new amazing games too, both for accelerated cards and not. Between them, there's one I sincerely loved in the past: Frets-on-Fire CPP, a open source Guitar Hero clone you can play with your keyboard, or with a better USB controller. Here's the complete list of new additions, with some screenshots as well:

- added Leu 0.08 to system/Utilities
+- replaced Leu icon with a new one from Icaros Desktop

We are constantly enhancing Magellan and other components of Icaros GUI to make our environment better. Magellan is now able to detect some new file types and to address them to the right tools. We changed the way the 'Archive' buttons (LHA, ZIP, TAR) work to make them more reliable, and we added a wonderful application at Icaros startup, LilCalendar. It allows you to save your appointments and reminds you of them a few minutes before. Inclusion of this program required a lot of work, because we wanted it to run in the background and being hidden/shown with a specific button in AmiStart. LilCalendar will be automatically disabled on hosted versions of Icaros, though, since both Windows and Linux have similar programs already available for the user. Icaros Desktop 2.3 now includes SnapIT, an incredible tool to grab pictures and videos from the workbench: it even embeds a image editor to modify them on-the-fly. Here's the complete list of UI improvements:

HostBridge is the technology which got the greatest overhaul. We expanded and improved it as much as we could, to let you exploit it beyond its potential. Icaros Desktop, in hosted mode, can now be used like a GUI for your host operating system. The first time you run Icaros Desktop in hosted mode, both on Linux and Windows, it will try to find all installed applications and make a HostBridge shortcut to them. In other words, they will be integrated at startup. Old Sys:System/Hosted/HostApp drawer has been replaced by Sys:Linux and Sys:Windows depending on your host operating system, and HostBridge is now able to parse and import Linux' .desktop files and Windows .lnk ones: this way, you can import an app from its shortcut on the desktop or in the Start Menu. Windows executables are now launch-able from Magellan: just double click on them, and HostBridge will run them for you. We have successfully run Icaros Desktop as a GUI for Windows Hyper-V Server 2019, a core-only, Explorer-less version of Windows as a proof-of-concept, and we could use it to run programs, move files, launch scripts in a natural way. We're really proud of what we achieved with HostBridge and we have several projects incoming for the next releases... 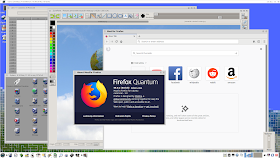 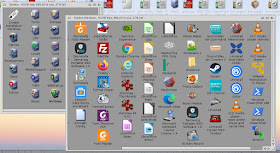 Icaros wouldn't ever be Icaros without the hard work of third party developers. We can collect so much good software only because there are people coding it. So we try to do our best to provide a complete and updated development environment to them. 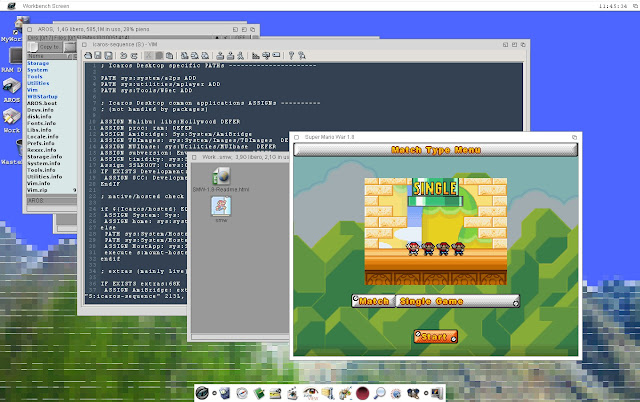 ...and here's the list of programs being update with this release of Icaros Desktop: 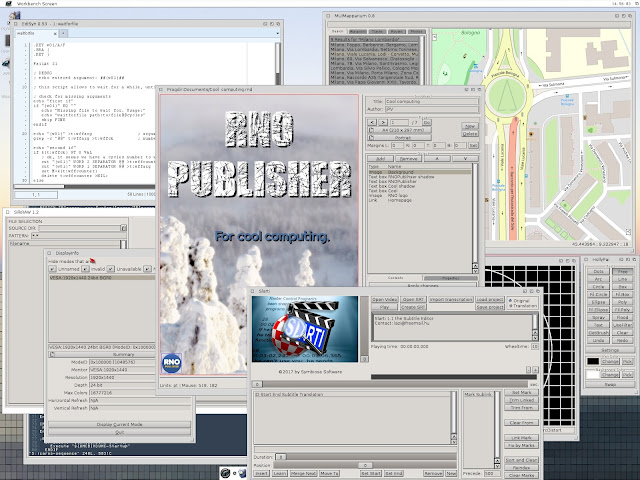 You don't need a GUI to perform actions. CLI utilities can be the quickest and easiest way to do things, once you understand their syntax. Moreover, most of Icaros Desktop magic is due to a smart use of them in its scripts. If you look at Icaros' S directory, you will find a lot of stuff there, which might be uncommon for an Amiga system. Fact is that we place in S all the scripts meant to be re-use in several parts of the distribution and, some times, we add new ones to work AROS limitations around.

Other fixes and housekeeping: